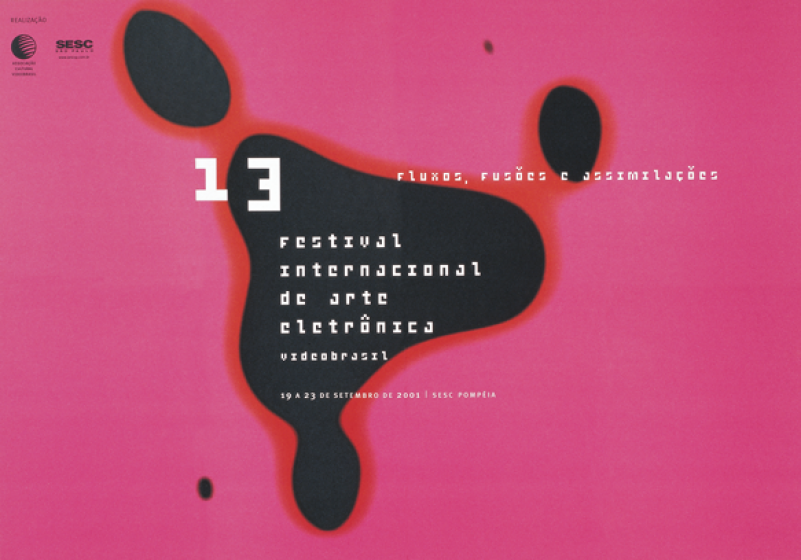 Edition thirteen of the Festival, hosted in Sesc Pompeia, featured flows, fusions, and hybridizations. A vast sample of artistic incursions into media such as CD-ROM and the Internet was presented and included in a category of the competitive exhibition. Some of the most prominent curators in Belgium, Canada, Spain, the United States, France, Greece, England, Mexico, and Peru created programmes using hybrid work from their native countries. American artist Gary Hill, whose up-to-the-minute work combined words and images to create new meanings, was honored with a retrospective, and presented a performance about childhood and fantasies (“Remembering Paralinguay”). Another international guest, Italian poet and video artist Gianni Toti, brought in work discussing the Latin-American identity. The Festival included a tribute to Brazilian pioneer Rafael França, whose body of work deals with issues such as gender. He was fascinated by the challenges of videomaking. França died young, in the beginning of the 1990s. 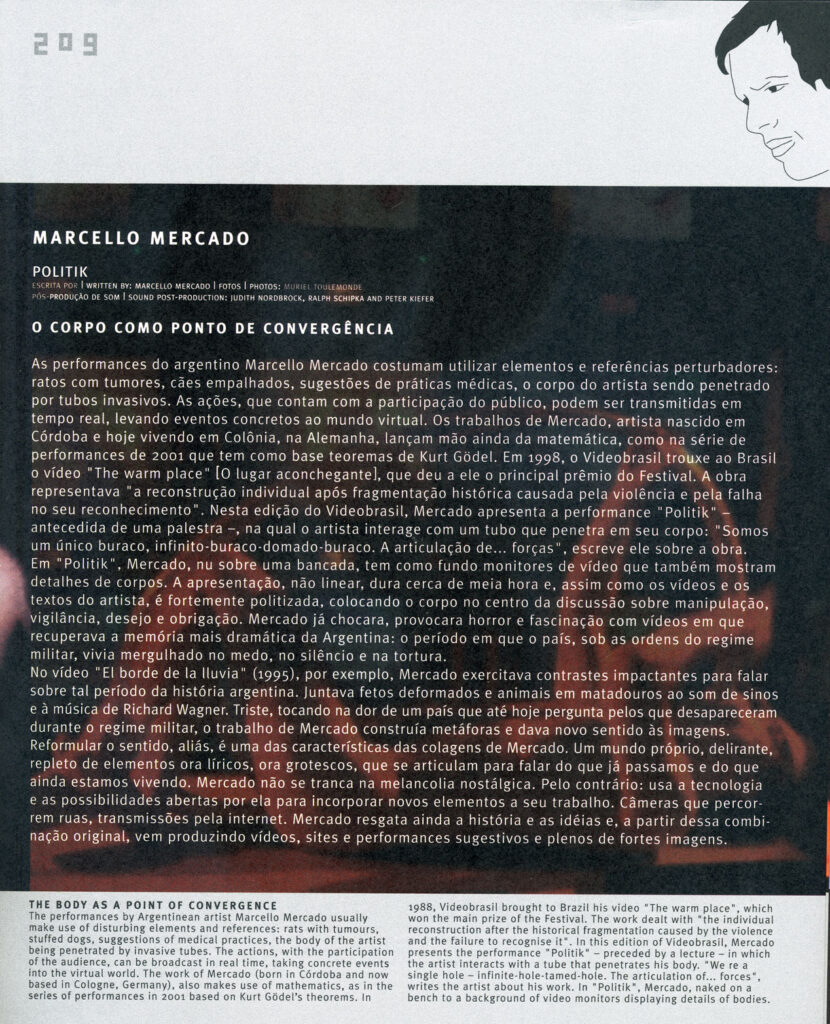 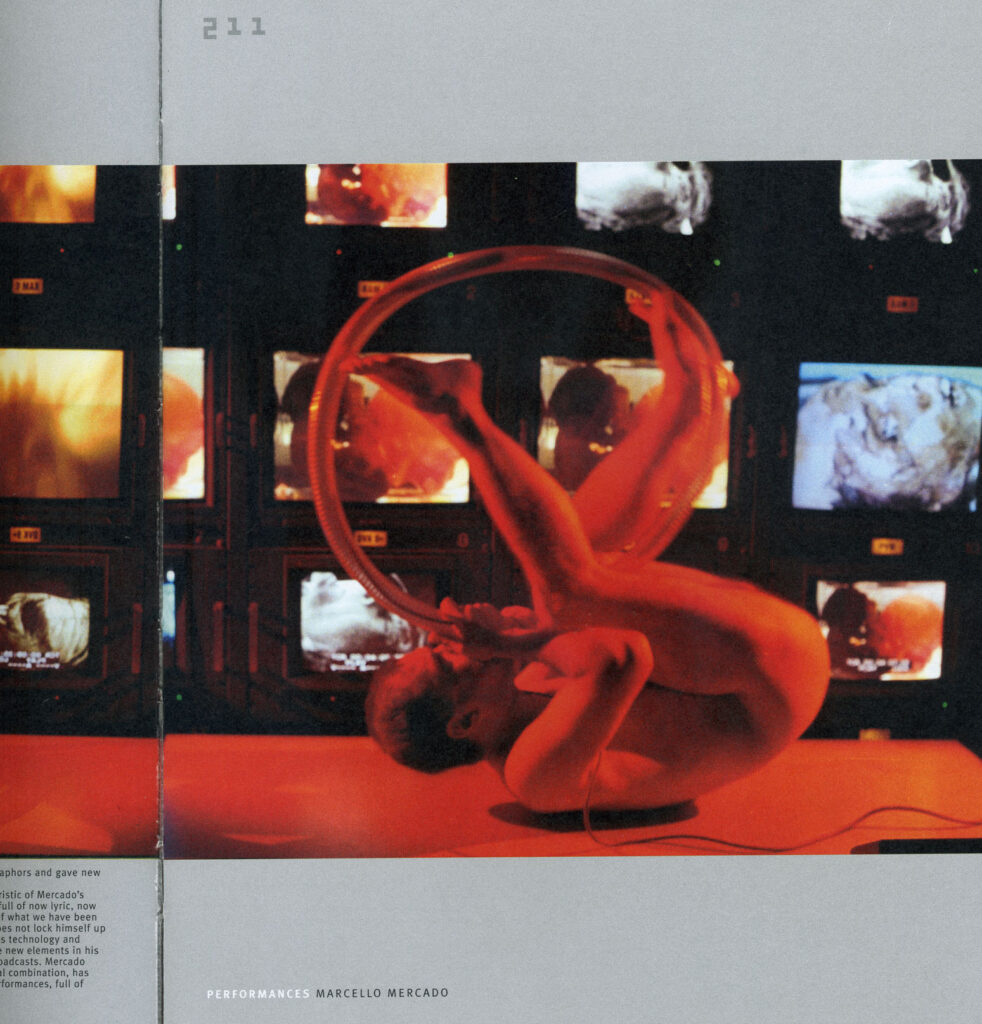 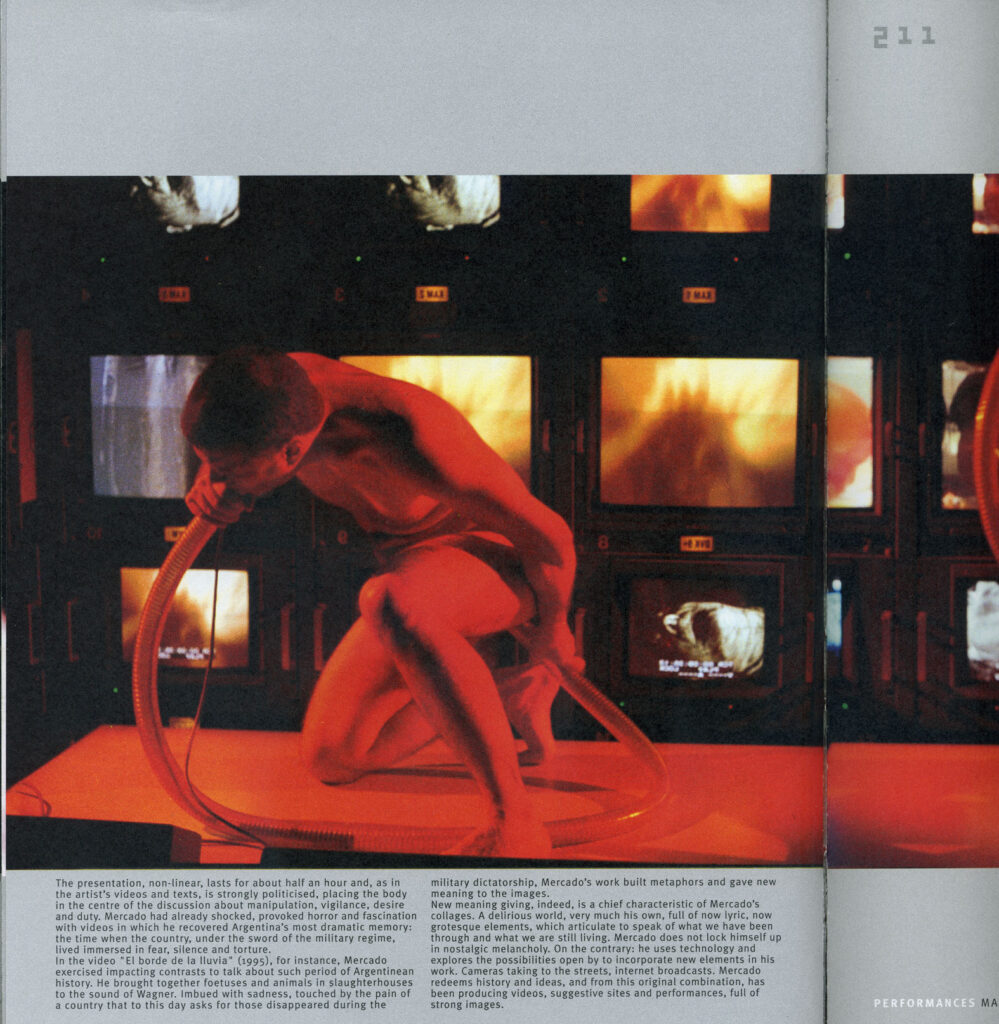