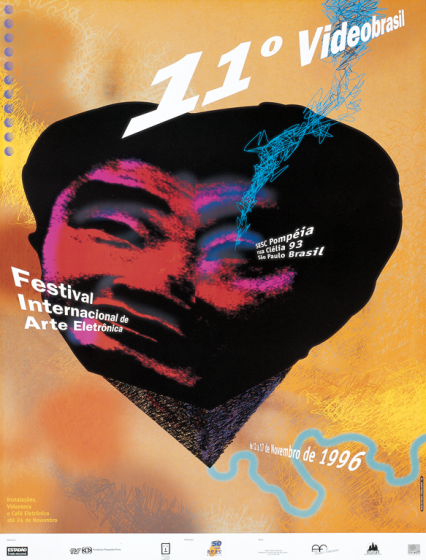 In its eleventh edition, hosted in Sesc Pompeia, the Festival gained prestige within the international scene due to an unique quality: its ability to gather high-quality work produced outside the traditional Europe-United States axis. Once again, the event showed a penchant for performances, such as those of Eder Santos and Paulo Santos, Stephen Vitiello and Steina Vasulka, Isabelle Choinniere and Marcondes Dourado. The relationship between video and art – especially poetry, installation, and painting – took over the production, which was initially linked to television and cinema. Edition number eleven payed tribute to video art’s thirty year anniversary, featuring a retrospective exhibition of a great pioneer: Nam June Paik, from South Korea, who created a special reedition of an already classic work, “TV Moon”. Parallel events included the creation of Videobrasil Cyberspace, which provided access to CD-ROM consulting, and also to projects developed for the then-incipient Internet.