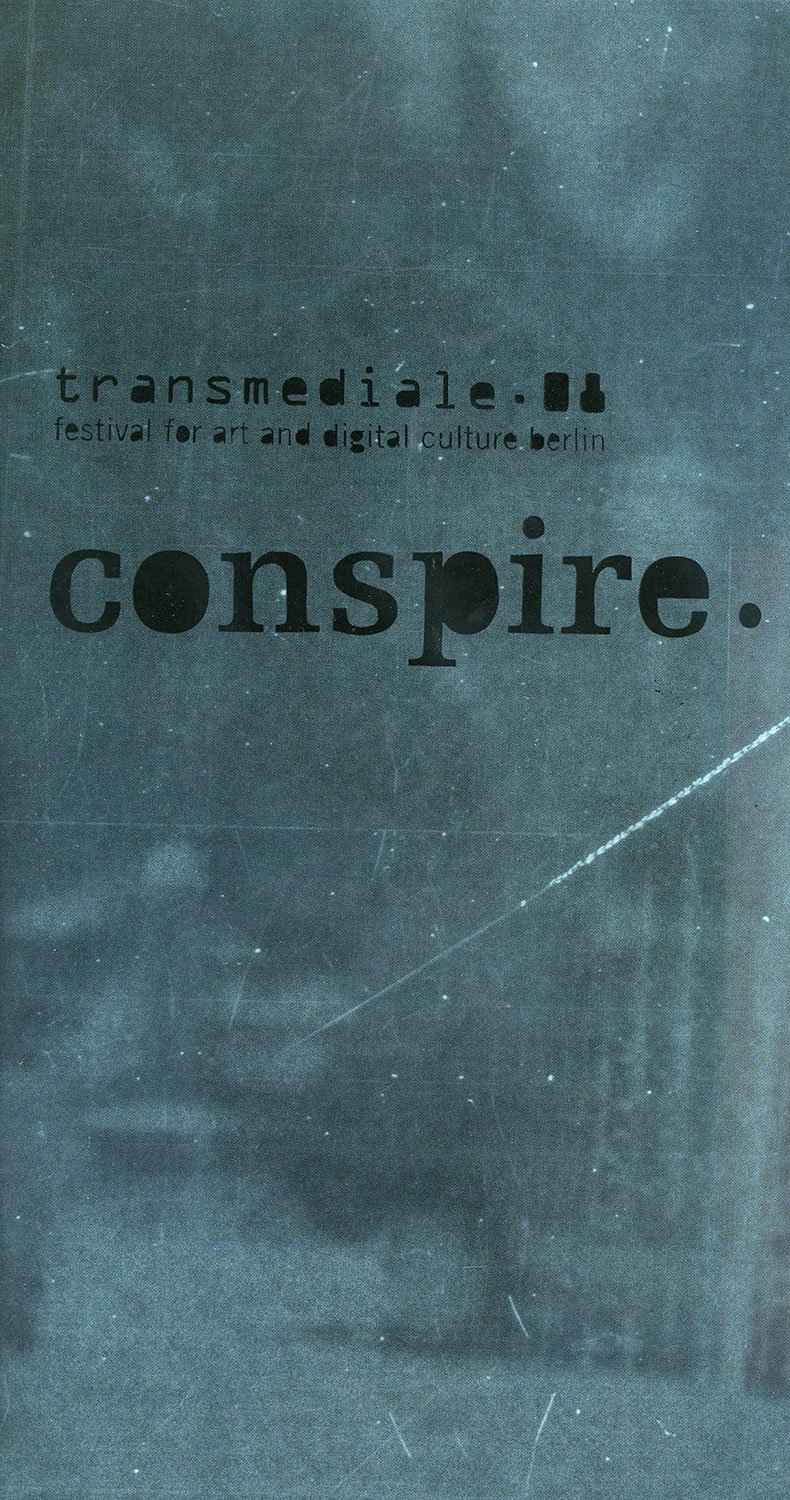 Under the motto CONSPIRE… transmediale.08 aimed at examining dubious worlds of story-telling and remote opinion making in order to look critically at those means of creative conspiratorial strategies, that offer the potential to uncover new forms of expression in digital discourse. With conspirative speculations taking over society’s cultural rules the distinction between truth and fiction was no longer possible and suddenly many things turned evil. The programme included artists who challenged, undermined and bypassed each other in their hidden and unspoken strategies of mystification.

On a conference lasting for several days researchers and scientists argued about various topics concerning the threatening reality of ongoing conspiracy deriving from online-networks including the post hysteria of 9/11. Ethic, aesthetic and forensic questions were combined with the search for the cultural origin of conspiracy and one wondered whether it could be an intelligent and enjoyable strategy to create tempting curiousity for a brave disclosure of mysteries. The exhibition and the film & video programme dealt with anti-conspiratorial strategies and the various kinds of performances were engaged in different aspects of the global network that is the internet. The jury session by definition is a conspiratorial act: it seemingly embodied the arbitrtary execution of power and through lurking dynamics and decision-making darting sideways in often unexpected fashions a winner was selected in an almost haphazard manner.

The film and video section consists of a series of screenings relating thematically to the motto of the festival. Works range from feature film programmes [FP] to a number of compilation programmes [CP] and special programmes [SP].

On the second of April 2007, a white monolith appears on the streets of Paris and obstructs traffic. It raises various reactions, but most drivers show a surprising resignation, that almost resembles a form of religious contemplation.

The camera captures a fixed view of an urban winter landscape. ‘mauerpark’ turns this apparently simple setting into an interesting examination of perception and urban space.

The video tells the story of the artist being photographed by the police whilst walking down a street in east London. Referencing a ‘making of’ style documentary video, the artist describes this event through a combination of voice over and filmed interactions between herself and an actor.

In this video Schroeter and Berger are meeting Peter, a German policeman, who is working with the video camera in thes ame way. Go for a walk once in a while!

Blobsquatch in the Expanded Field

Cryptozoology is a field known for its inquiries into unknown creatures like the Bigfoot and Loch Ness Monster. Many have now dismissed ‘blobsquatches’ (photos too blurry tobe discernible) as impediments to serious cryptozoological research. Probing the Blobsquatch itself as an unknown‘ animal’, a speculative counter narrative emerges.

Several procedures of converting and compressing seem to allow an insight in the chaotic worlds of data-processing. 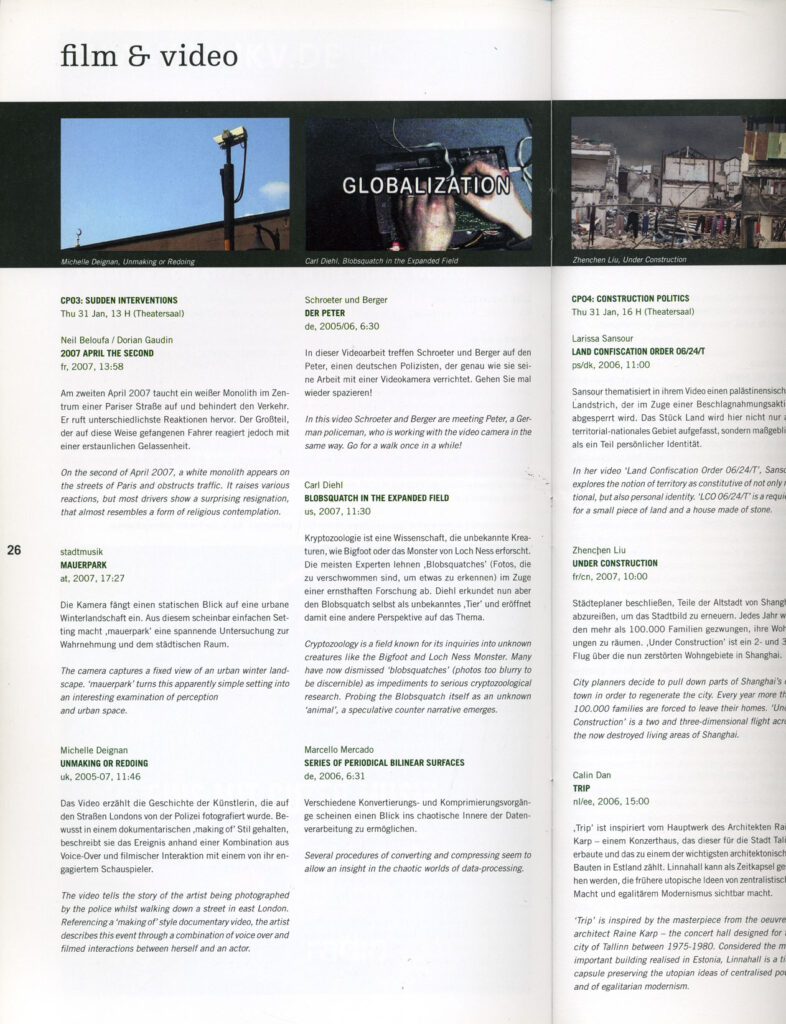