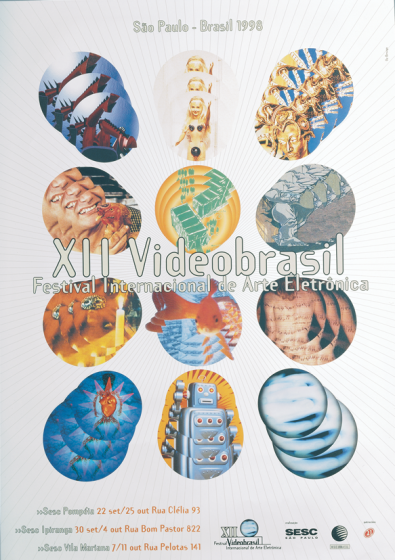 During its formative years, the Festival acted as a hub for information exchange among producers, exhibitors, and pioneers. By its twelfth edition, the Festival gained increasing momentum as art diffusor and trendsetter for electronic art audiences. The partnership with SESC-SP grew stronger, and the event took place simultaneously in three of SESC’s units: Pompéia, Vila Mariana, and Ipiranga. International interchange remained strong, with the presence of important guests such as Fabrizio Plessi, from Italy, who produced a brand new installation entitled “Deposito del arte” when in Brazil. Besides Plessi, performances by the French duo Lafdup & Lafdup, the English group Antirom, and Brazilian groups Chelpa Ferro and Tetine were in the spotlight too. Attentive to 1990’s new experiments, the Festival extended the competitive exhibition to include new supports, such as CD-ROMs. Starting with this edition, the Festival now lasted a month.